Sweden faces investment of tens of billions of dollars when today’s nuclear power is replaced by a new generation. How electricity is designed to be crucial to how competitive the new system will be. Swedens nuclear power currently provides almost half of the generation capacity at 10 gigawatt. Current reactors will reach their end of life between 2025-2045. The rest is provided by mostly hydro and some wind and cogeneration of heat and power. Sweden has one of the highest generation capacity per capita at 15 megawatt-hours per capita.

Sweden is part of the deregulated nordic electric market “Nordpool”. Nordpool is a power-only market and is generally believed not to give the necessary incentives for large scale investments as investments tend to drive down prices. Most new capacity in recent years have been added using a green-certificate scheme, most of the new capacity has been wind power. 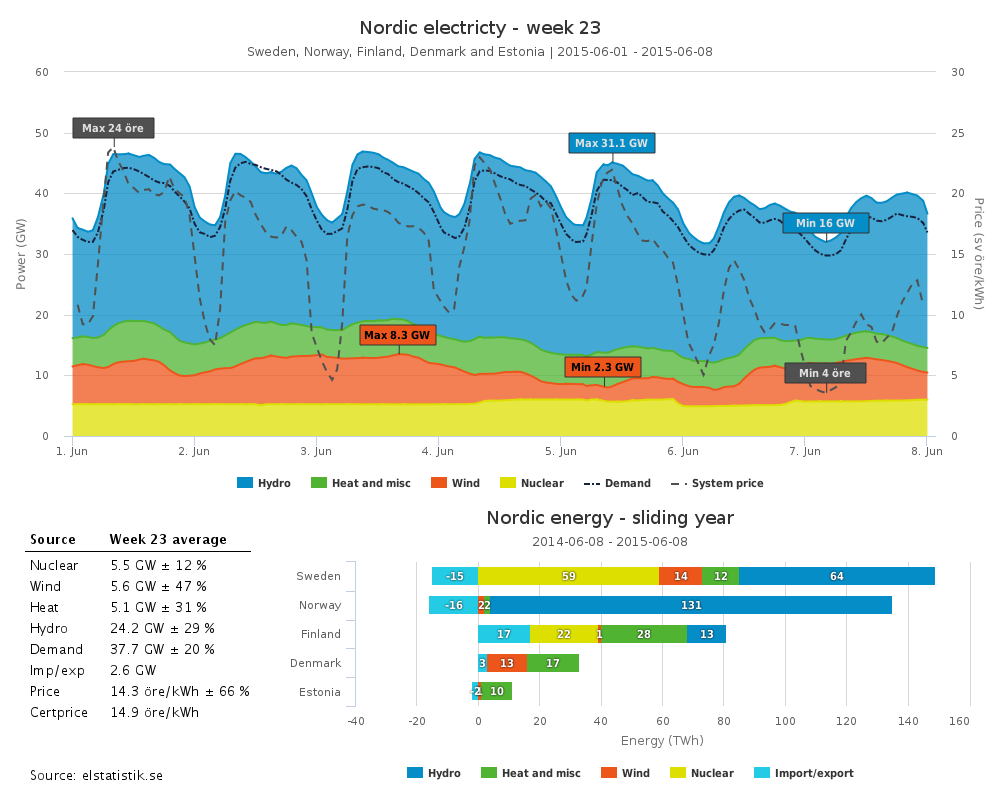 Uppsala Engineering will compare the foreign electricity markets in the Nordic and Swedish context and draw relevant conclusions.

The report will be completed in October 2015.